Shot with a crew of 14 people over the course of 6 weeks, Afterglow involved a deep collaboration on ideas, passions, and product between partners from Stockholm to Salt Lake City.

Night. It’s the hour of infinite possibility. Follow the likes of Pep Fujas and Eric Hjorleifson, Chris Benchetler and Daron Rahlves as they take to Alaskan spines and BC pillows, shredding the biggest and boldest lines ever ridden at night. , merging Sweetgrass’ cinematic style with the branding of one of the world’s premiere television manufacturers, Philips TV.

As the most logistically daunting project in Sweetgrass’ history, over 9,000 lbs of equipment were shuttled across international borders and chest deep snow via a wide array of planes, trains, automobiles, helicopters, pulley systems, and gallons of blood, sweat, and tears, reaching locations as far as 70 miles from the nearest town.

From the depth of the creative visuals to the groundbreaking, never-been-done before scale of the shoot, Afterglow is being hailed as one of the most cinematically profound ski movies ever made. 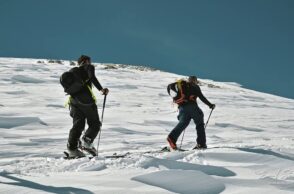 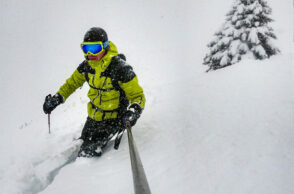