Dale Talkington snagged what is probably the biggest pay day in freeskiing history.  At the world premiere of Teton Gravity Research’s Way of Life, Talkington was crowned the winner of TGR’s inaugural Co-Lab contest.

During the winter of 2012/2013, TGR team created the Co-Lab video contest with a $100,000 cash prize on the line. The Co-Lab is platform for skiers and filmers from around the world to showcase their skills and the freedom to use their own voice.

Out of nearly fifty submissions, the public selected the top eighteen segments and a panel of industry experts selected three additional wildcards.  These twenty-one skiers then chose the $100,000 winner from within their ranks.  The top twelve segments—also determined by these skiers—will serve as the foundation of the Co-Lab film, which TGR will release in late October.

Here you can read the whole interview with the winner. 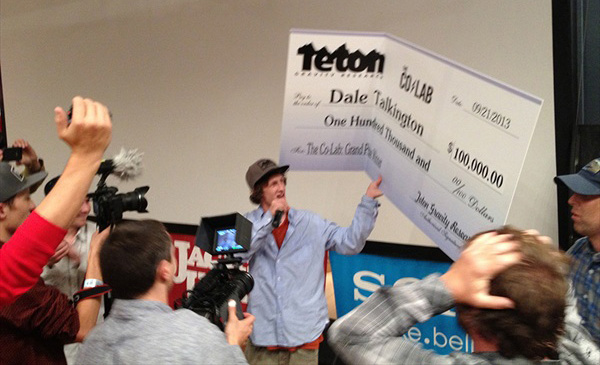